Australia - are you real?

It may be hard to grasp one’s head around, but some people actually believe Australia doesn’t exist. However, there’s far more weird

out there and they have many believers. According to 2019 research over 1/4 of the US adult population believe there are aliens hidden in Area 51… And although

are fun to believe they seldom have any affiliation to the real world we live in. So why would Burger King start questioning if Australia even exists? Like Australia, certain competitors also claim they are 100% real. But in fact only a tiny portion of these competitors menus are 100% real… Burger King wants to show the world how deeply care they for the title 100% real and that impostors should be not be treated lightly. We’ll get the message out in a fun way, but soon we might have to use tougher tactics to expose our rivals…

The One Club / Young Ones Student Awards 2021, Merit 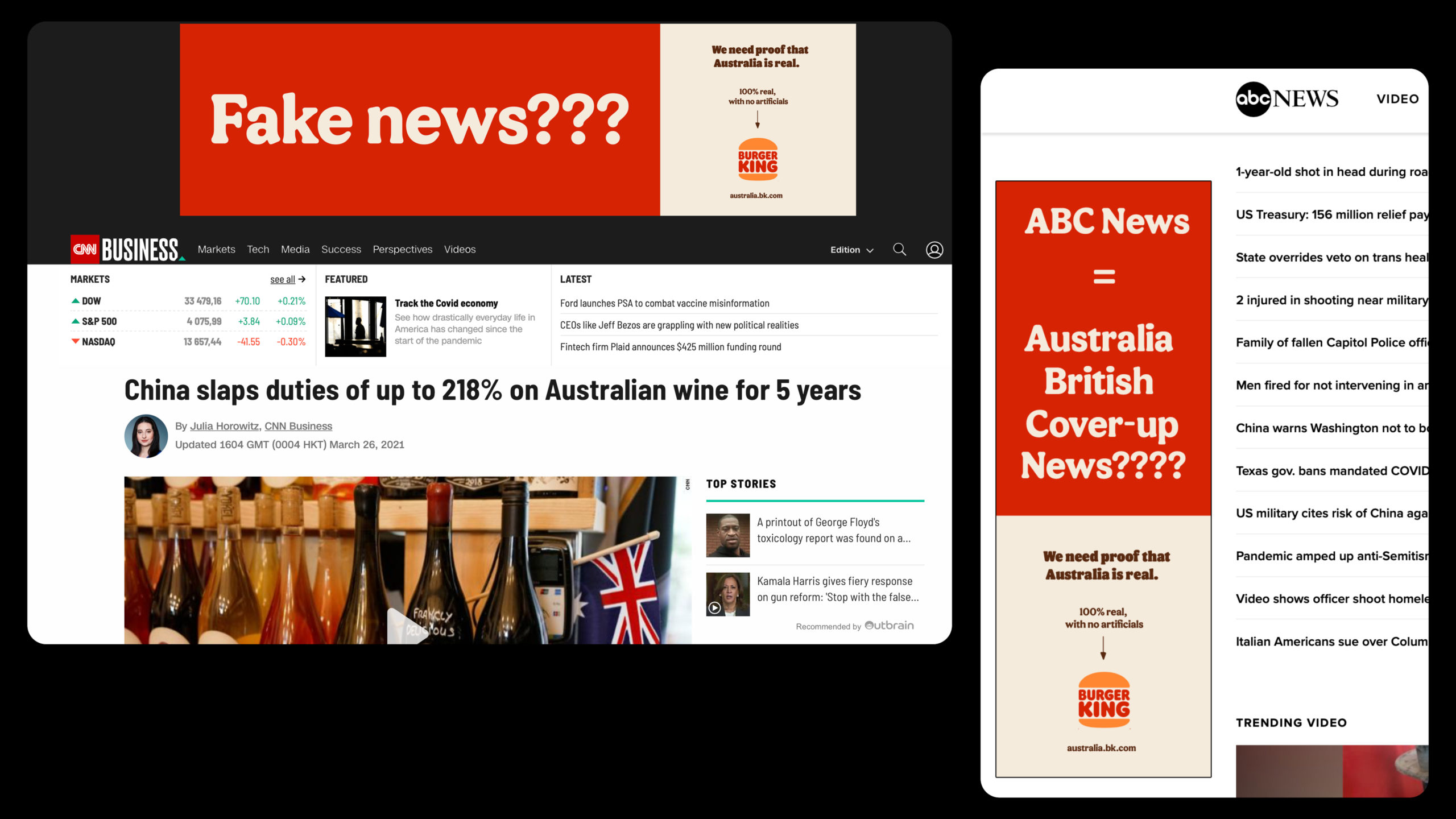 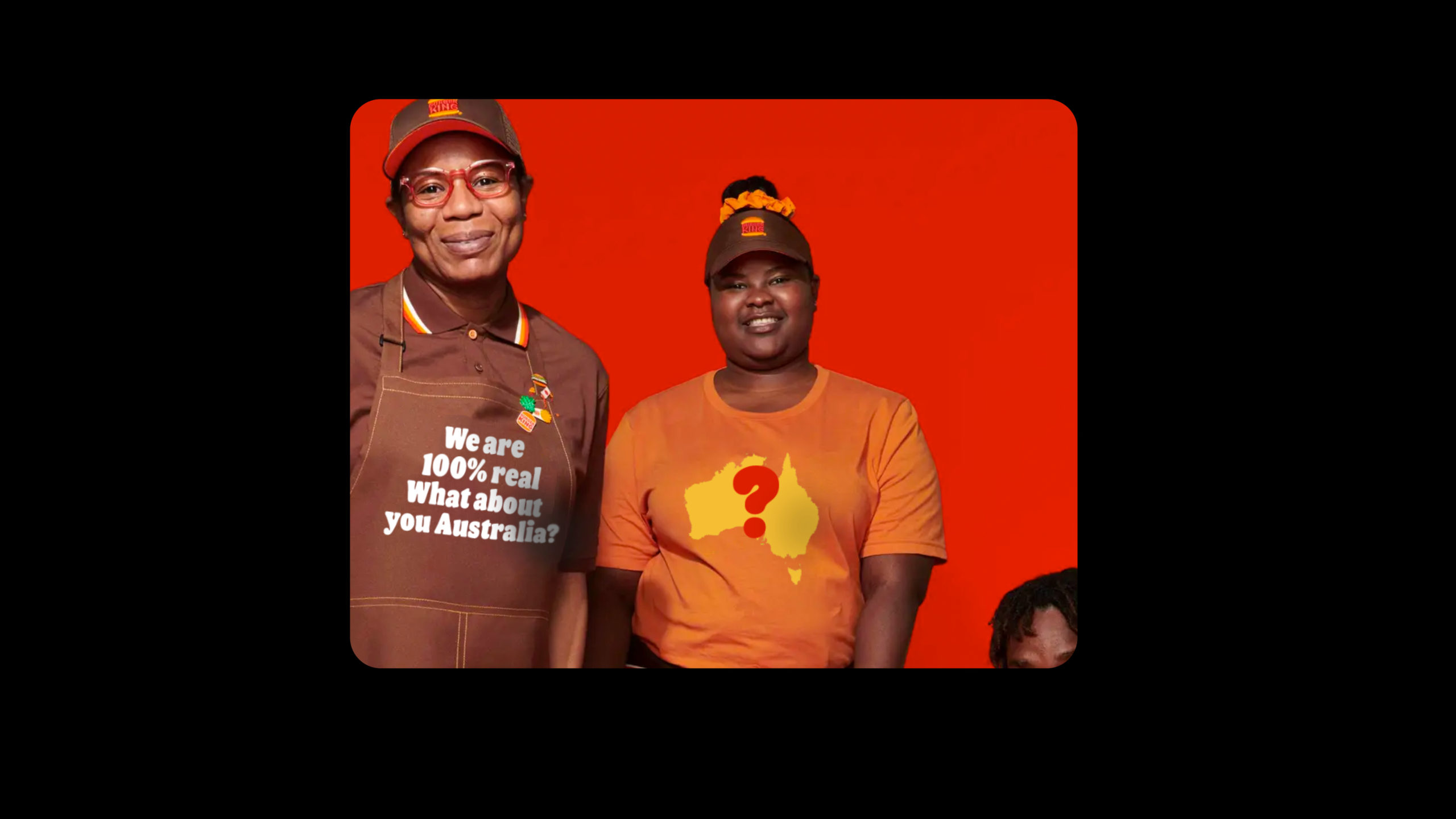 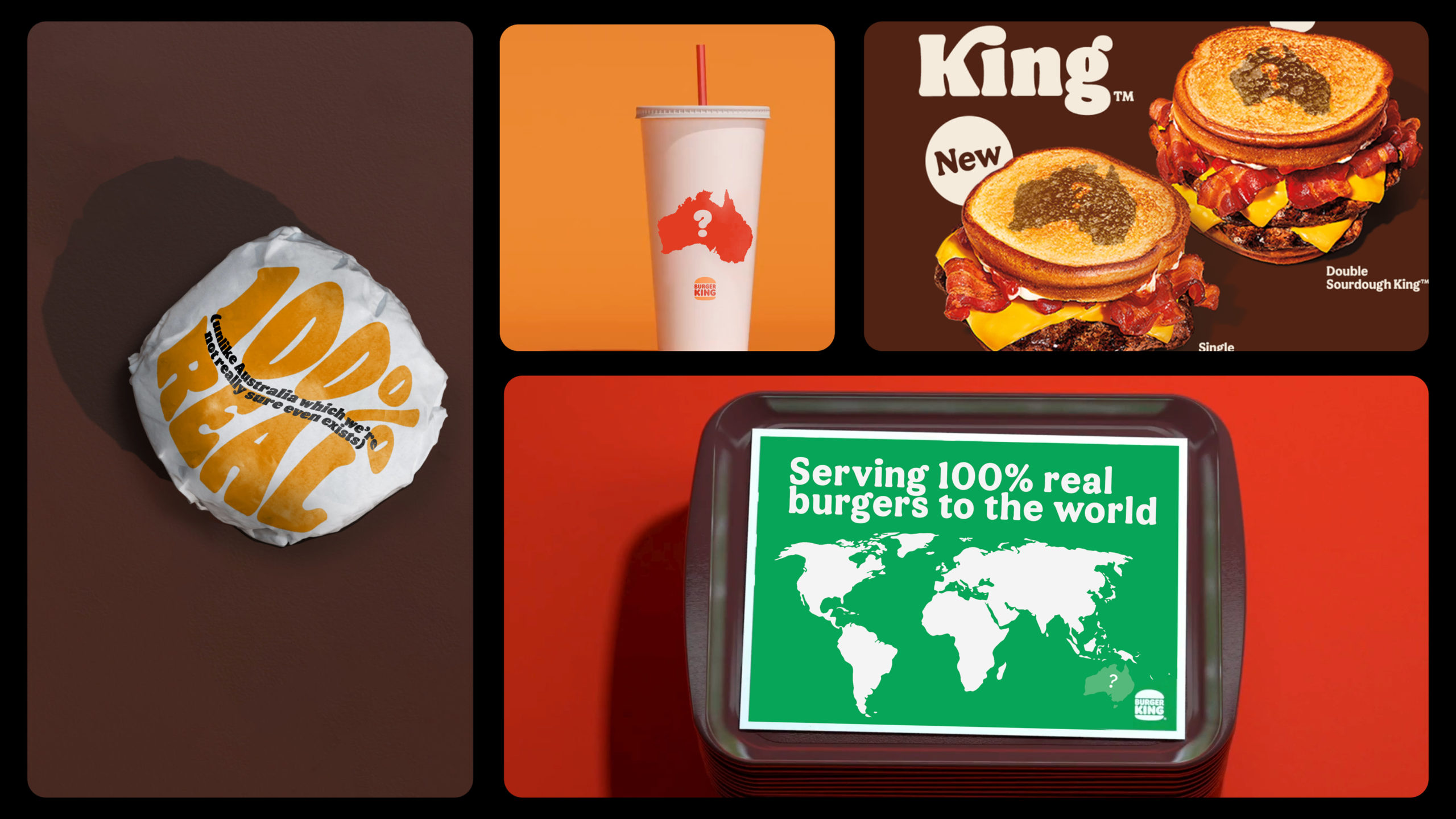 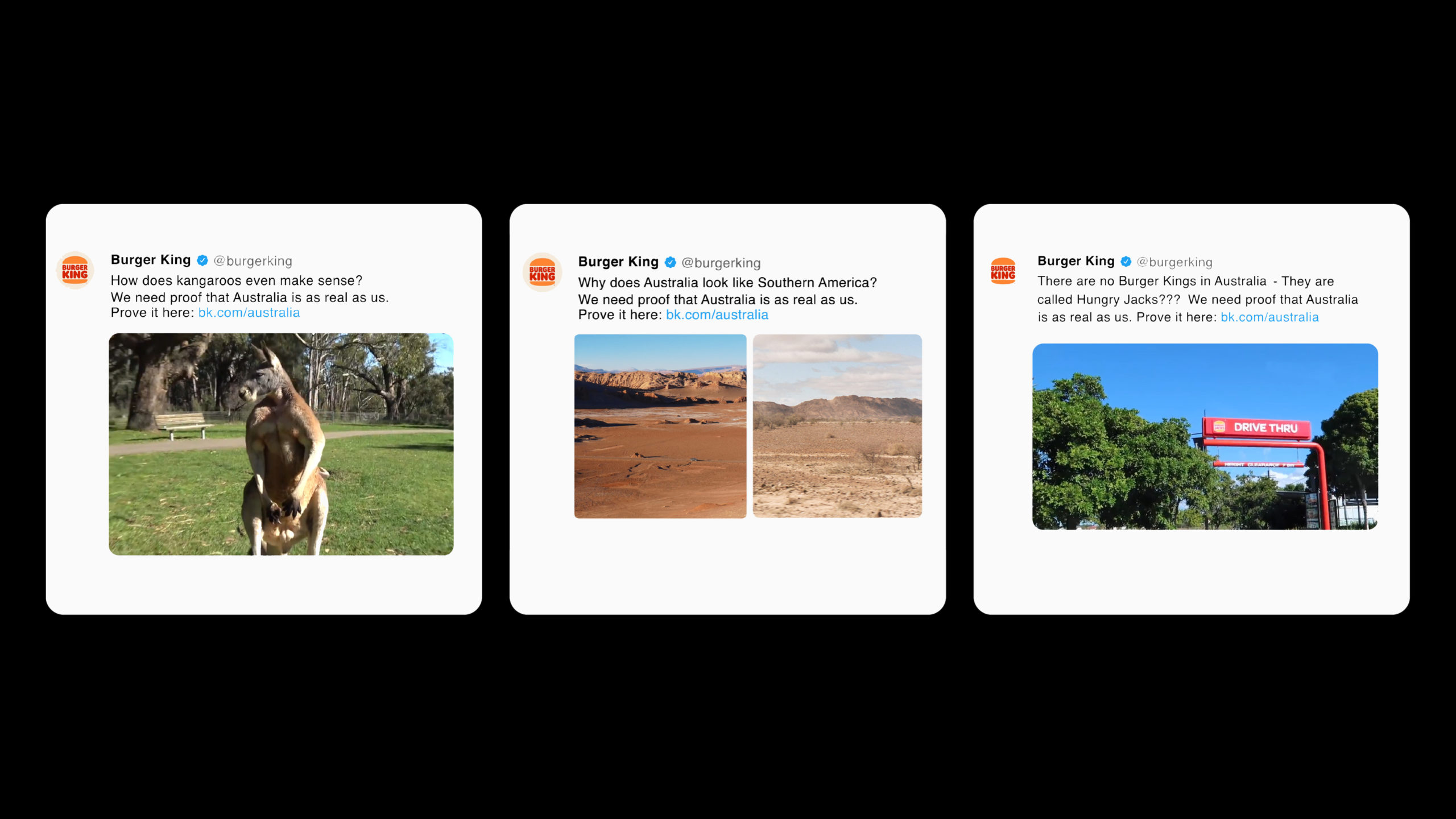 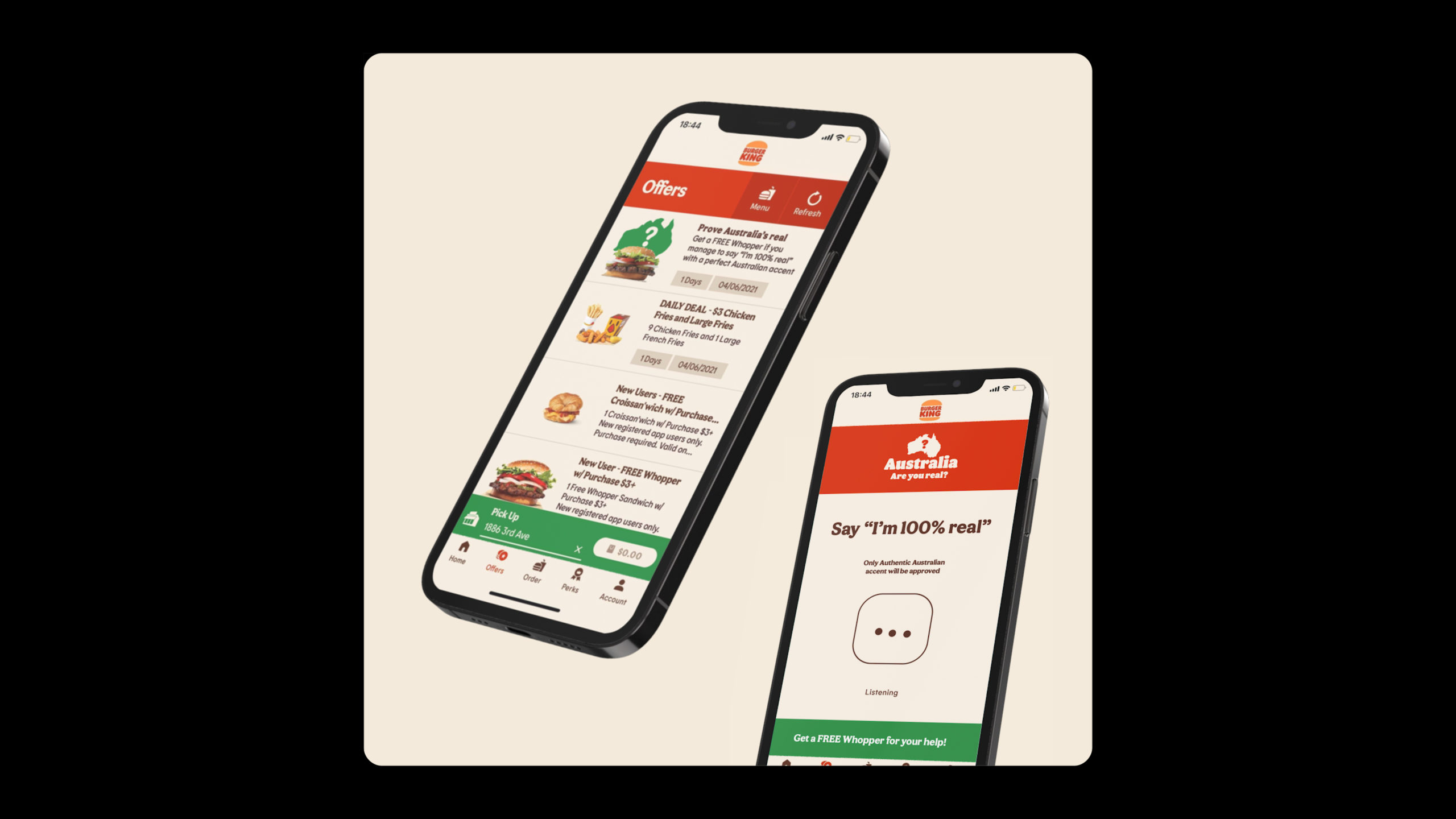